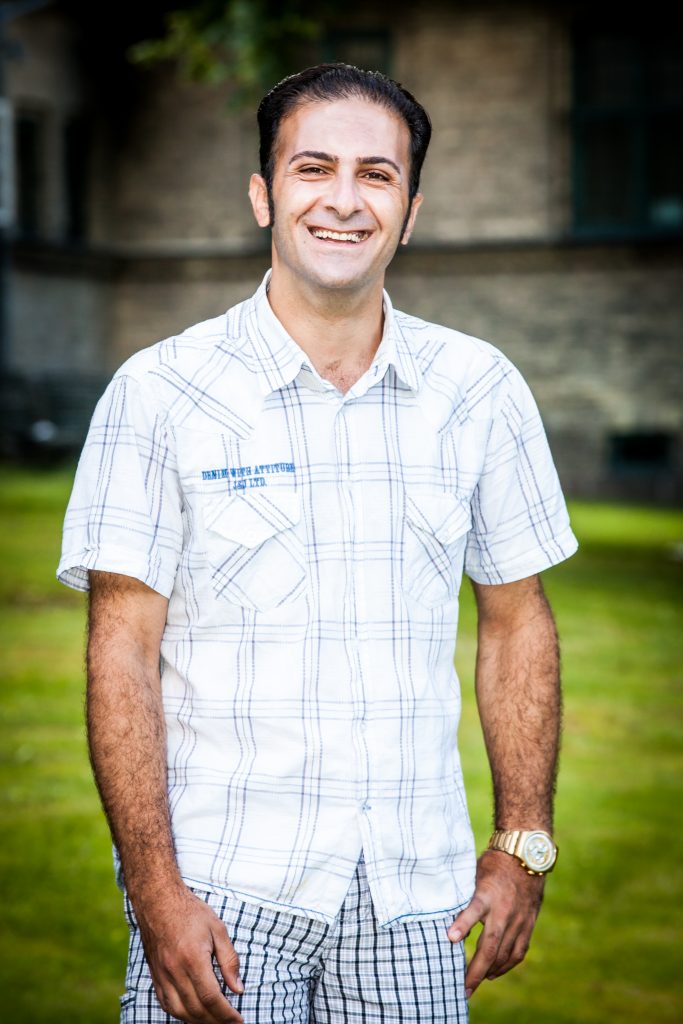 Hossein Mahmoodi was born on November 6,1983 in Baneh in Eastern Kurdistan (Iran). He passed elementary, middle (guidance) and high school in the same town. He started at writing as a poet when he was studying in high school. On 2001, he graduated from school and was successful in obtaining a Diploma in Mathematics and Physics. After being accepted in Kurdistan University in Mining

Engineering, Mining Extraction orientation, he met with political situation of country and started in political activities as a student activist and an article writer and in this way, he had many troubles like imprisonment and suspension of education (studying). After that, he started at work as surveyor and cartographer. Then, for finding a better working condition, he emigrated to Mariwan and after that to Tehran. In this period, despite the publishing prohibition, he continued to write in poetry, political satires, short stories and novels. He returned to his homeland on 2009 after the “Green Movement” event and started at work as Operation Manager in a General Trading Company. In this

days, he met with an opposition political party’s ideals and decided to have activities with them and began at working with this party as a writer. On October 26,2015 he left Kurdistan and on November 17, the same year he arrived to Denmark. Along the way, he has taken photographs of the different camps in different countries and refugees conditions and he is going to exhibit them.