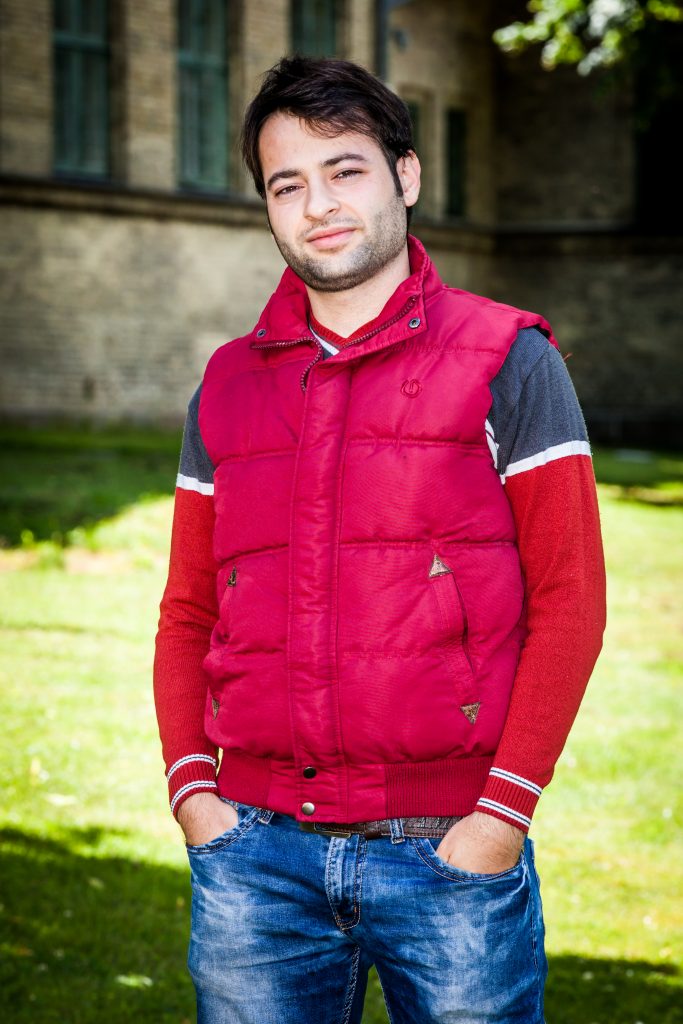 I came to Denmark with my father and the rest of our family. Before we arrived here, I went to Turkey, by myself, where I found a job as a shop assistant in a cosmetics shop. That was the first time I had a job. I was about 16 or 17 years old. I had to go to Turkey to find work, because my father was seriously injured. One of the regimes airplanes bombed our house in Syria. In the attack my father suffered injuries to the brain and lost one of his arms, so I had to work to support my family of five people. After working there, I found a job in a restaurant where I learned how to cook Arabic food and western food.

During my stay in Turkey, I suffered a lot because I was staying illegally. I got very low pay because I was an illegal worker, and had to work 14 hours a day. Sometimes I could not distinguish between day and night. I had to go back to Syria to bring my family money. Sometimes when I tried to cross the border, the Turkish soldiers tried to shoot me, because I was crossing the border illegally, so it was an extremely dangerous situation!

Because of these dangerous conditions in Syria, and my father’s bad health, my family decided that my father had to leave and go to Europe. My mother had some jewelry that we sold to pay for my father´s trip. It cost about 8000 dollars. We hoped that when my father got to Europe, my mother, brothers and sisters would be able to get family reunification. I had to go to Europe on my own because I had turned 20 years old, and would not be able to be reunified. I borrowed money from two of my uncles, who are both doctors, to finance my journey. The rest of my family – my mother, brothers and sisters are still in Syria, waiting for reunification. I have determination to lead a good, normal life despite mu experiences in Syria and turkey. My dream is to get asylum in Denmark, so I can continue my studies to become a doctor.